A recent study by scientists reveals that micro and nano plastics are in every human tissue they sampled. Aware of the global issue of plastic pollution, especially in the world’s oceans, Industrial Design and Engineering students at Asia Pacific University of Technology and Innovation (APU) joined hands and try to solve this problem with design thinking. This initiative won them a runner-up at this year’s Malaysia James Dyson Award competition. 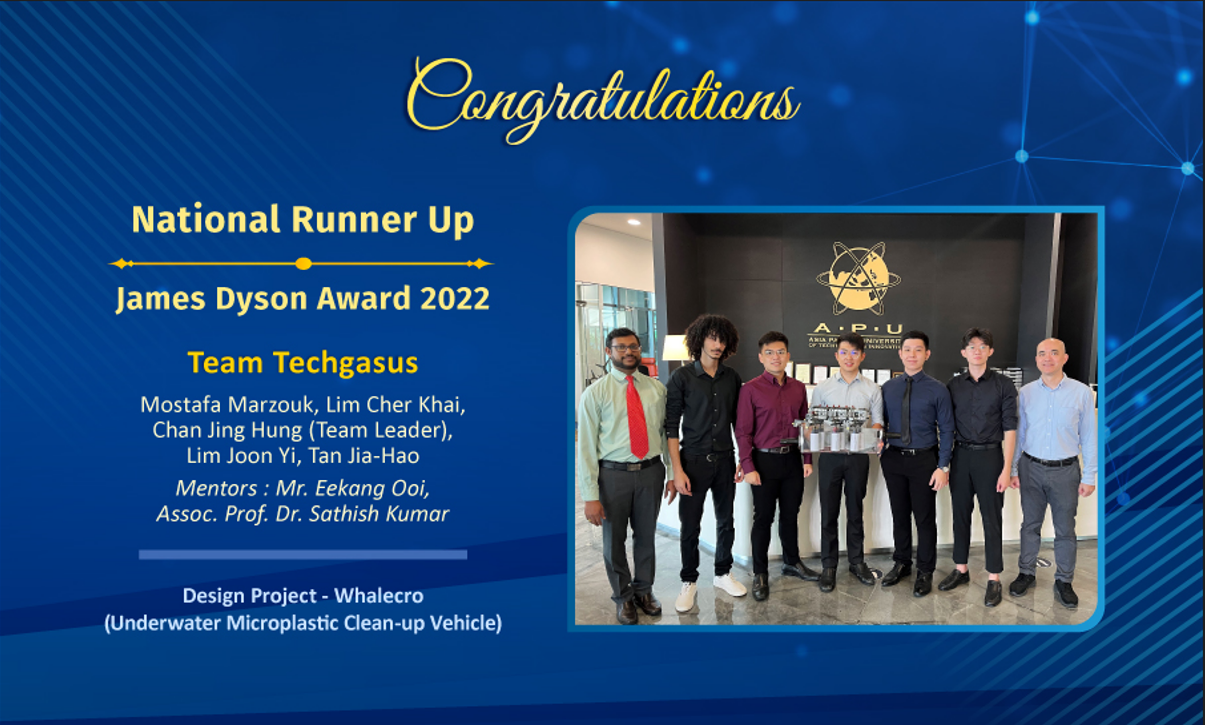 “Inspired by the filtered feeding system of the whale shark, we designed a whale-like structure with a filtering system in it that made up of Velcro straps, a commonly used material with a hook-like surface that can efficiently capture micro debris in the ocean,” explained Chan Jing Hung, the team leader. Chan and the engineering branch kicked off the project with numerous experiments, concept-proofing and prototyping. To maximise the efficiency of the micro debris capturing mechanism, they tested it with different designs and shapes on one of the beaches along the Straits of Malacca. Upon identifying the best design, the team continued with prototype building, refining and enhancing by using a motor to enable automation.

“Mostafa’s role as an industrial designer is the cornerstone of our project as he transformed our technical idea into an attractive and visually appealing product without forgoing the ergonomics concept,” said Chan.

According to him, the team members of different disciplines worked toward understanding each other’s mindsets and how one approached a problem. Ultimately, this made the most valuable takeaway of the entire journey which took them months of hard work.

Their Lead Mentor, Mr Eekang Ooi, concurred and lauded the synergy between both disciplines. “While the engineering students focused on the technical side, the industrial design student looked into the User Experience (UX), consumer market and transforming intangible ideas aesthetically to attract the end users. The combination of both sides' efforts brings an attractive and fully functional product to the market.”

Ooi is a lecturer at the School of Media, Arts and Design (SOMAD). He mentored Team Techgasus for this competition together with Associate Professor of the School of Engineering (SoE), Dr. Sathish Kumar Selva Perumal.

Soon after Team Techgasus clinched runner status at the national level, they will be moving on to the James Dyson Award International 2022 competition which will be held in October with the top three winners. This is the third consecutive year APU won the National James Dyson Award.

In the more challenging international arena, Team Techgasus will showcase how Whalecro works – As the vehicle accelerates forward underwater, the water current will flow in the opposite direction of the vehicle. As a result, it pulled in the surrounding micro debris with the aid of current and passes through a series of motor-powered filters. 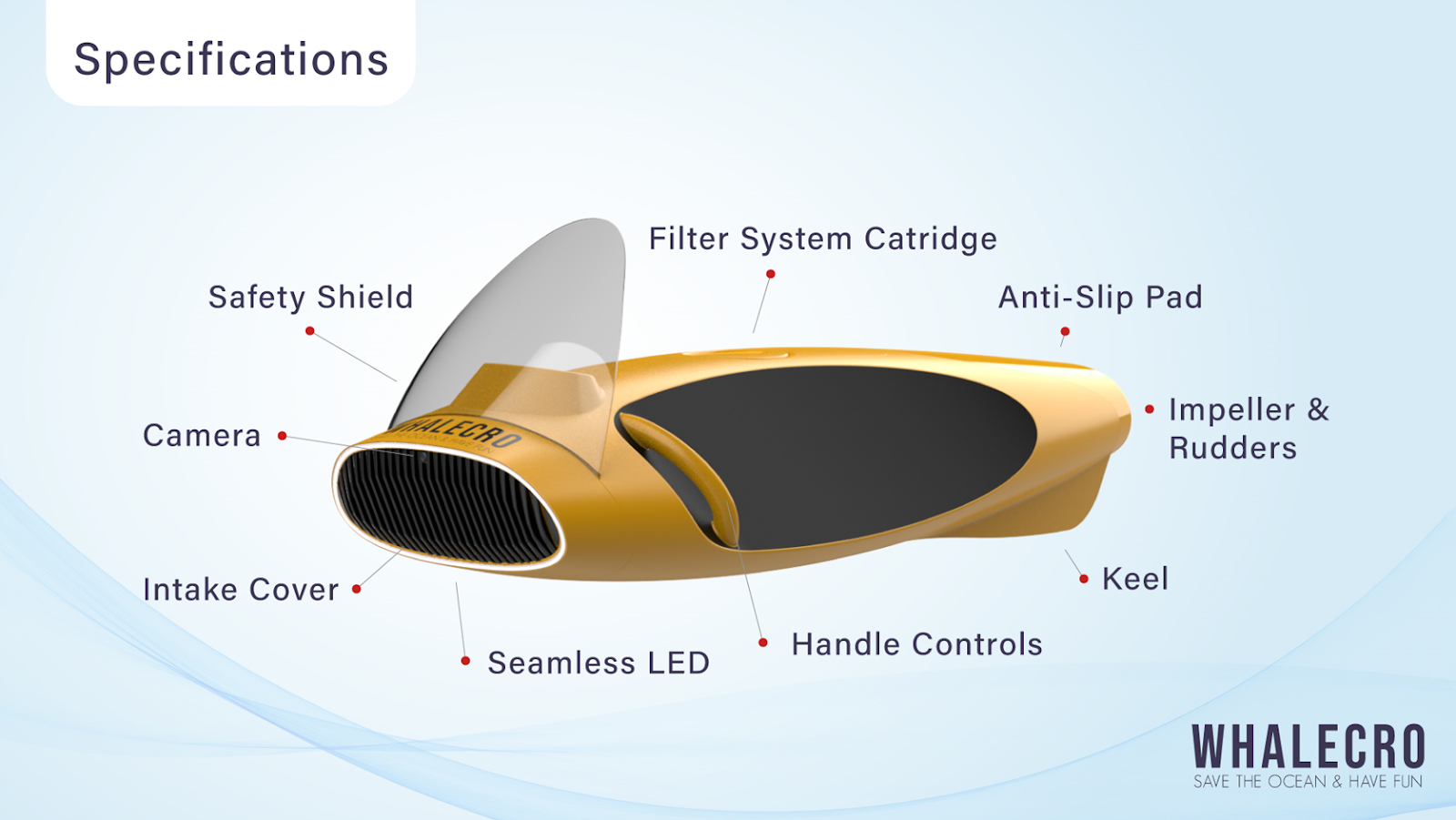 The rotating filters will then capture the micro debris as the water current flows through. The filtered ocean water will then flow out of the vehicle. Finally, a specially designed device is used to extract micro debris trapped on the filters where it can be easily brushed off and disposed of accordingly. 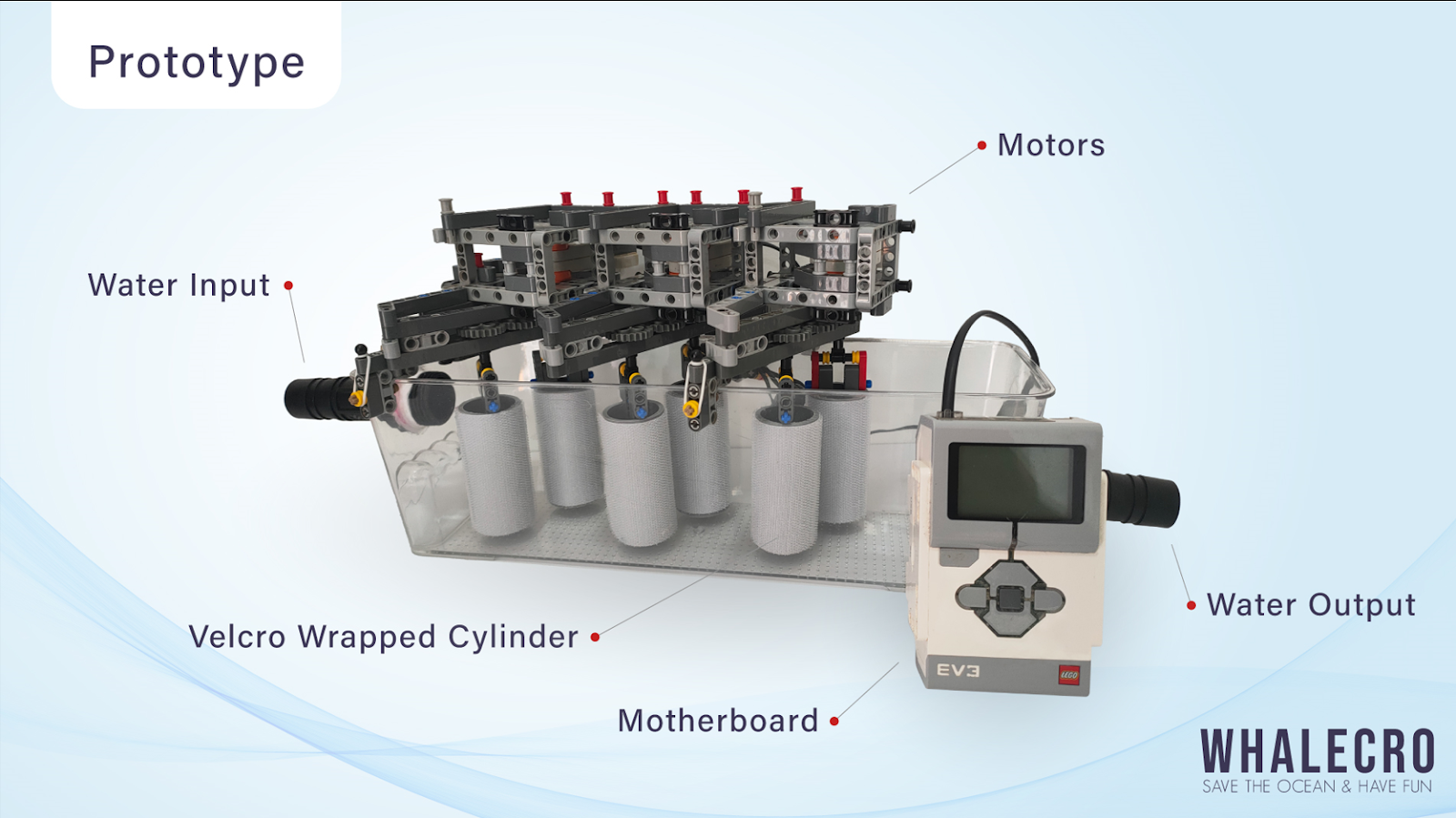 “In the future, the team could enhance the efficiency of the product by experimenting with different sizes or surface designs of Velcro straps. Furthermore, we would like to raise awareness of ocean pollution through eco-tourism. With a lineup of various products, raising more awareness of the manifestation of plastic pollution in our ocean is possible with hopes of one-day achieving ocean sustainability,” concluded Ooi.